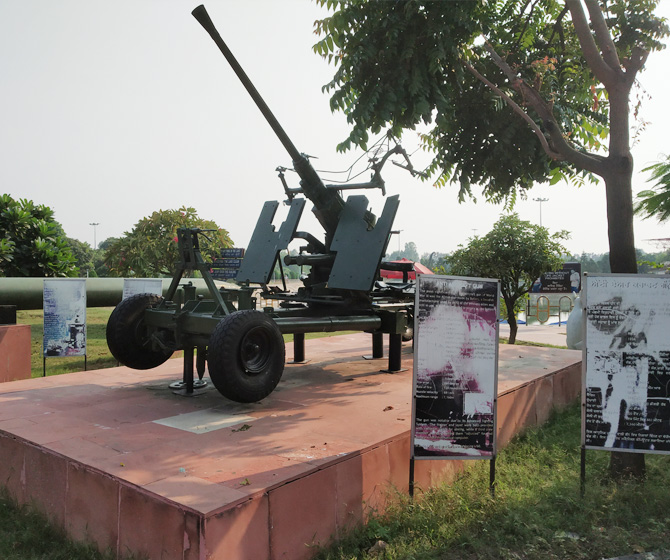 Punjab is a land of the bravehearts. This gallery is a visual treat for ones who love to know the minute details of artillery. The gallery houses a "made in India" Vijayanta Tank employed in 1971 for the liberation of Bangladesh; an Aircraft MIG-23, a star possession of Indian Air Force used extensively during Kargil war; Aircraft Swati LT-11, a two-seater trainer aircraft and an Anti-aircraft gun used extensively during the wars. And who wouldn't like to have that feel of patriotism while getting into the cockpit of the MIG or the Swati and looking at these gems from the repository of the artillery so closely?