Pushpa Gujral Science City jointly with Vigyan Prasar organized the webinar on Science Journalism on 27.10.2020 to promote scientific temper and develop a spirit of enquiry in society.  The webinar was attendant by 300 participant including students and teachers of Journalism & Mass Communication from different Universities and colleges from different parts of country.

Dr. Nakul Prashar Director, Vigyan Prasar was the chief guest during the webinar speaking on the occasion, he said the developments and advancements in science and technology have benefited the society and the common man in a fight against Covid Pandemic and social evils, like superstitions, etc., while generating self-confidence, courage and faith in them. It has thus become necessary that we take such measures and make such efforts that promote scientific temper in the society. It is in this context that science communication is considered as the vital key to develop scientific temper among the masses. Further spreading science communication through journalism is need of the hour, he added.

Director General Science City  Dr. Neelima Jerath  in her introductory remarks said that Science journalism has been progressively developing in India, in terms of quality and quantity. There has been a considerable progress in this field over the years due to emergence of several science magazines, social media, feature services, programmes on radio and television etc. She further added that Science journalism in India, however, has yet to come out of its present stage of infancy and a good deal still remains to be done in this field.

Dr. Rintu Nath, Scientist F from Vigyan Prasar present on this occasion pointed out that science coverage attributed to mass media has been abysmally poor, which needs to be enhanced with the efforts of the scientific institutions. The media coverage of the scientific events and programmes related to development of scientific temper and sustainable development has been steadily increasing. Further, he discussed in detail about science & technology policy of Government of India.

Mrs. Anju Agnihotri, Senior Correspondent,  Indian Express said that Increasing popularity of some of the science channels has proved that if stories on science and technology are packaged and presented intelligently and skillfully, it can definitely draw attention of the common man from the clutter of entertainment programmes. Most people see the bulk of scientific knowledge as simply irrelevant to their needs and interest and they are probably right. This happens because invariably most of the information on science is not made available in a user friendly manner

Dr. Rajesh Grover, Director, Science City said that the Constitution of India encourages the citizens of India to have a sense of scientific temper.  In current scenario science communication and science journalism can play a significant role in the society to develop the spirit of scientific inquiry. He emphasized the need to train professional journalists so as to pick up innovative achievements in Science and translate them into a lay person language to be understood without any ambiguity. Further, there is need to generate regional scientific literature keeping in view, the expectation of local education systems, he added.

On this occasion, short film making competition based on Covid-19 was organized by PGSC. More than 60 short film entries were received from participants.  Out of these, three best short films were selected for the award. Mrs. Alka tomar, President and founder of Centre for Environment communication New Delhi was Jury head of this event. She appreciated the efforts of Science City and declared the result of Short film competition.   Gaganpreet Kaur from Kamla Nehru Public School, Phagwara was won the first prize,  second position was held by  Sanjana from GMS Kamalwala Khurd Ferozpur  and third position by Garv Bhupesh Verma from Chitkara University, Rajpura . Kamal Preet Kaur Kamla Nehru Public School, Phagwara and Harsh Wardhan Sharma from SD College, Chandigarh were given appreciation awards. 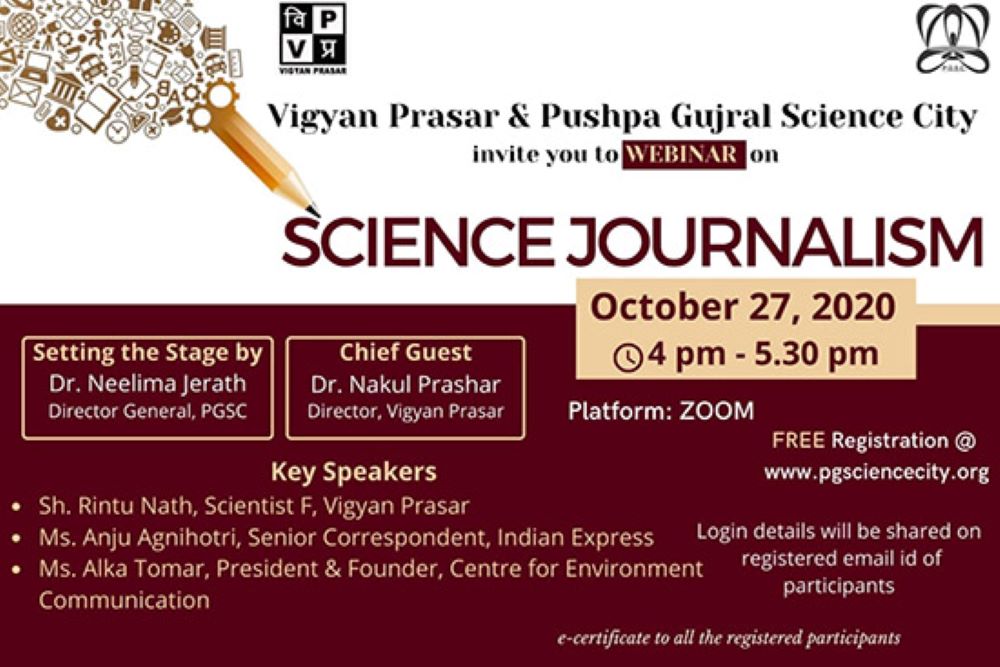 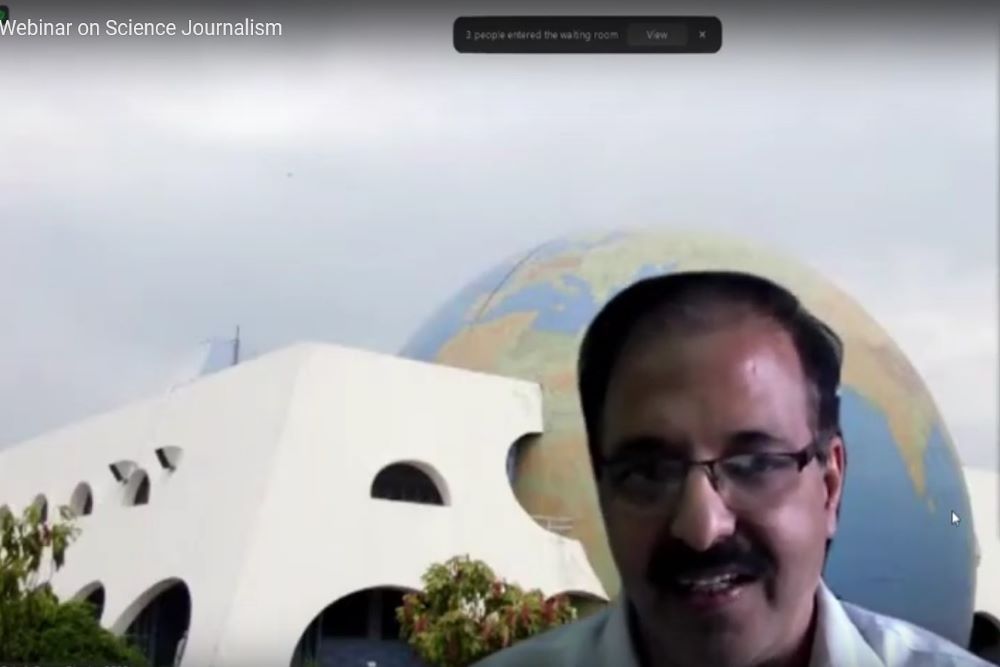 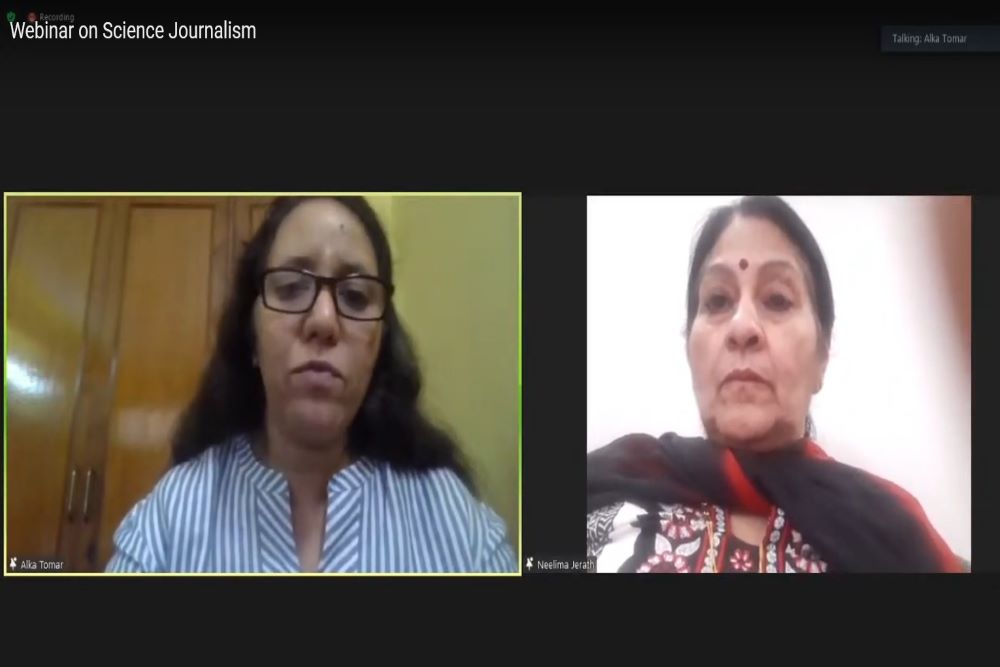 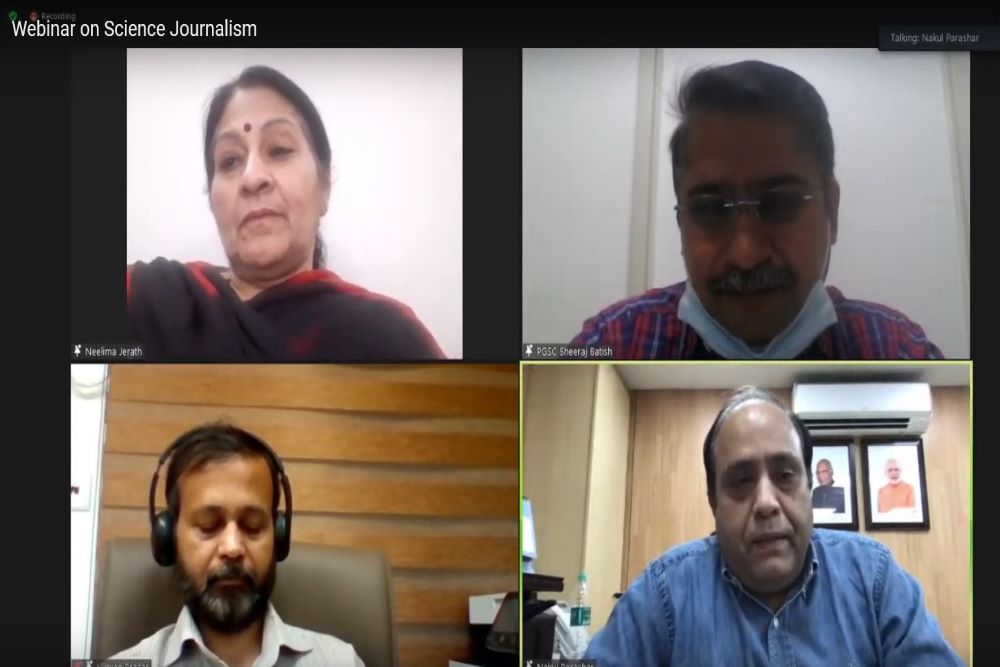 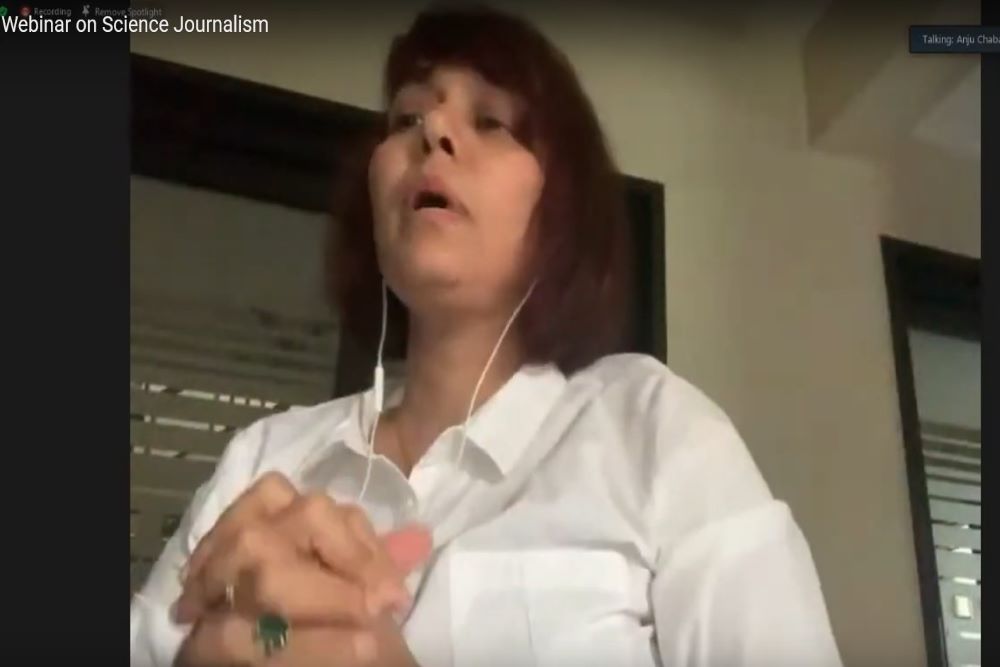