Science behind the Traditional Fabrics of India

India is known for its textiles over the world. The earliest surviving Indian cotton threads date to around 4000 BC and dyed fabrics from the region are documented as far back as 2500 BC. Textile production and manufacturing involves a lot of scientific innovation and technological intervention which can contribute significantly towards sustainable livelihoods and eco-friendly development. To take the science behind the textiles to the masses, Pushpa Gujral Science City organized a webinar on ‘The Science behind the Traditional Fabrics of India and the Fashion World’. The webinar introduced the participants to the world of textile crafts of India and make them understand the finer details of traditional textile crafts and the fashion world. Ms. Jaspreet Talwar, Principal Secretary to Govt. of Punjab was the Chief Guest. While addressing the participants she said, "India’s textiles sector is one of the oldest industries in Indian economy dating back several centuries. Archaeological surveys and studies have indicated that the people of Harappa civilization were familiar with weaving and the spinning of cotton for as long as four thousand years ago. Reference to weaving and spinning materials is also found in the Vedic Literature and block printed and resist-dyed fabric, the origin of which is from Gujarat, were found in the tombs of Misr-Al-Fustat, Egypt, thus, indicating the export of Indian cotton textiles to the Nile Civilization. Large quantities of Indian silk were traded through the silk route to the western countries"

Dr. Neelima Jerath, Director General, Science City said that Science has played a major role in promotion of handlooms, handicrafts and sericulture besides technological contributions in weaving, spinning, dyeing and garment production through textile engineering. She informed that innovation Science and Technology have helped to develop new types of clothes, the latest being “Sustainable fabrics”, like paper cloth ( used in high fashion clothing), from Pineapple, Micotex from mushroom, Orange Fibre Cloth, Eucalyptus yarn and cactus leather. It has also contributed in preservation of traditional fabrics like vicuna wool, Alpaca wool, Cashmere wool, Shahtoosh, etc through Biodiversity conservation. The expert speaker Dr Harpreet kaur, Head, Department of Fashion Design, KMV College, Jalandhar introduced the participants to the world of textile crafts of India and made them understand the finer details of traditional textile crafts and the fashion world. She explained the science behind the fabrics, the various scientific methods and techniques used in the manufacturing and designing of the fabrics. While concluding, she said, “Everyone should adopt and purchase traditional Indian handicrafts as not only are they most suitable as per weather but also made with fabrics dyed with natural dyes which are non-allergic. Moreover we contribute in preserving our rich heritage and provide sustainable livelihood to artisans too. So, we do our bit as Sustainable Consumers by adopting 3P’s of Planet, People and Profit!”. 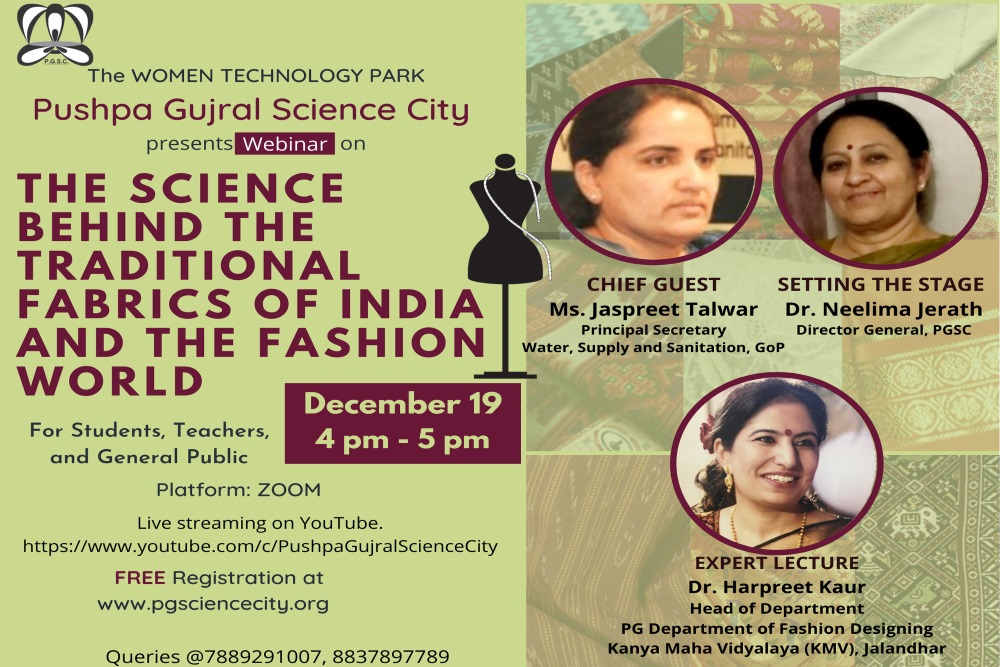 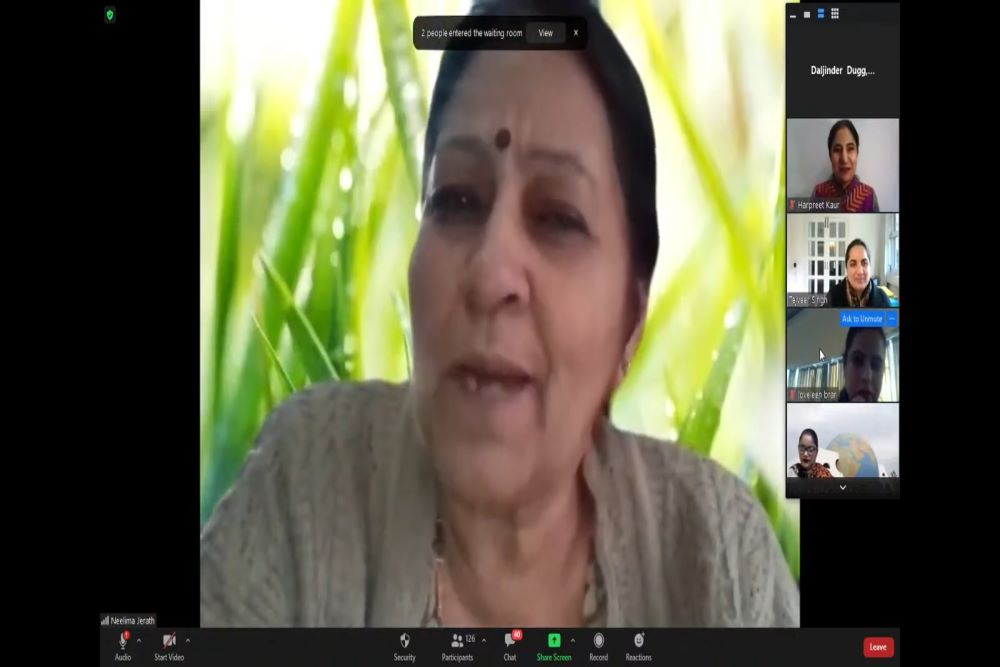 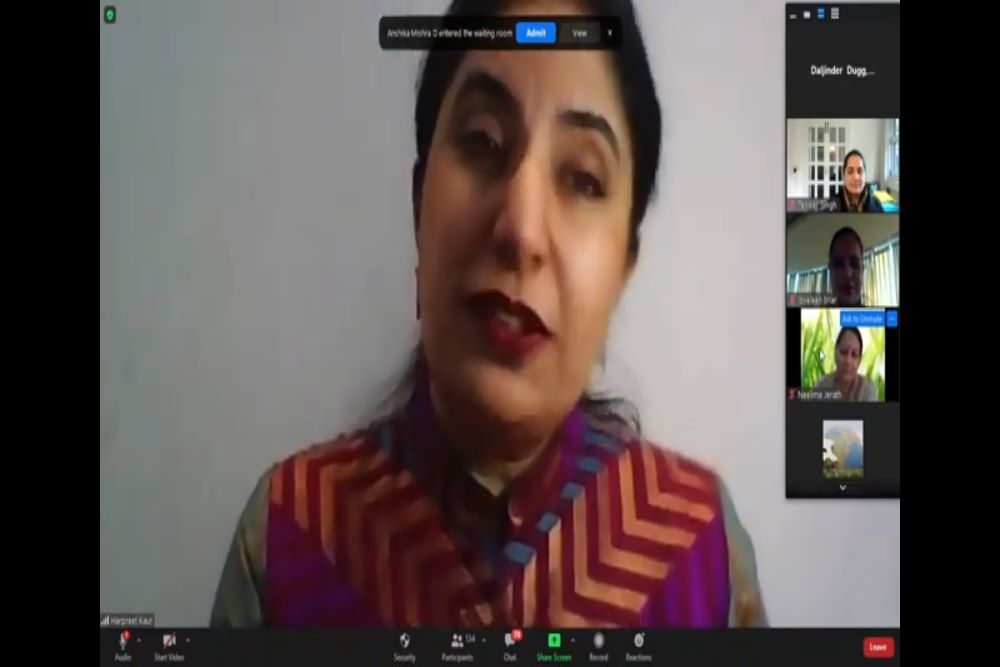 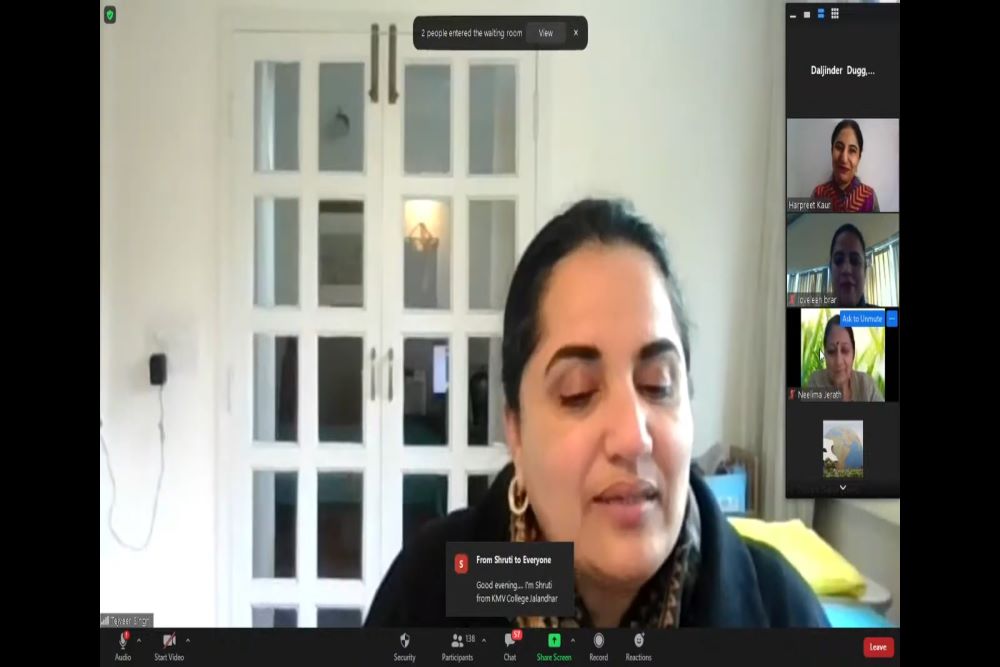 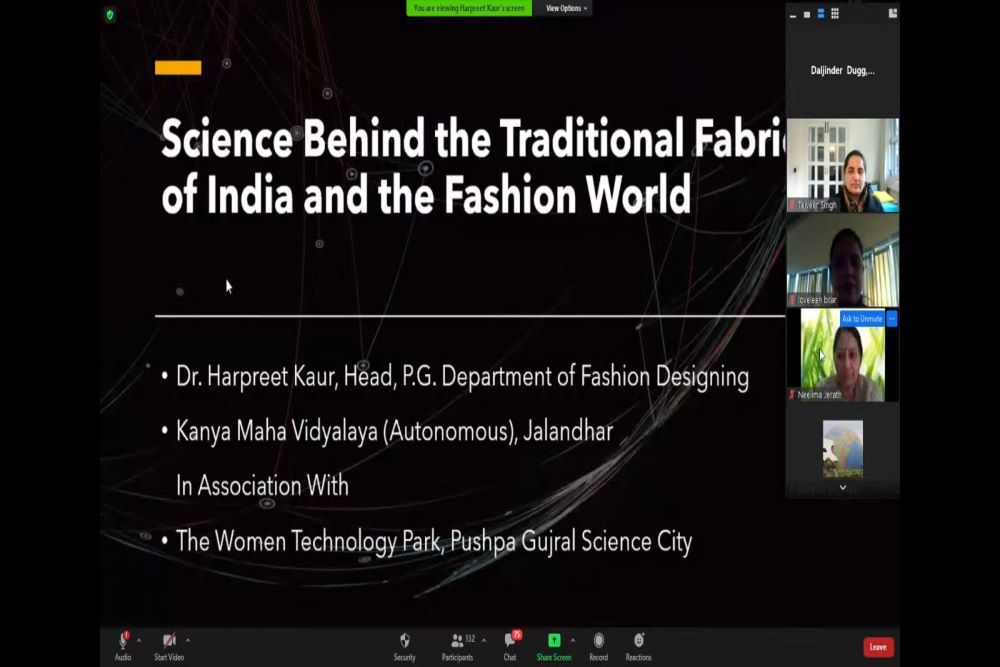