Pushpa Gujral Science City celebrated “World Wetlands Day” on February 03, 2020 in collaboration with Department of Forests and Wildlife Preservation, Government of Punjab. The objective of the celebration was to raise awareness among students and visitors about the conservation and sustainable management of wetlands resources. About 220 students from different schools participated during the occasion. Dr. Rajesh Grover, Director, Science City presided over this occasion. In his address to the participants, he said that wetlands are very important part of biodiversity. Punjab state has 12 natural and 9 manmade wetlands. Earlier, Punjab had three wetlands designated as Ramsar sites: Harike (notified in 1990), Ropar (2002) and Kanjli (2002). Recently, three more: Keshopur, Nangal and Beas River were added to the list. Punjab has now six of 37 Ramsar sites declared in the country. On this occasion,

Ms. Gitanjali Kanwar, Coordinator Aquatic Biodiversity, WWF-India in her talk said that the Punjab state has the privilege of having wetlands of international importance. Harike wetland spread over an area of 28.5 sq km is famous for its migratory birds. Kanjli wetland is spread over 100 ha area at Kapurthala and Ropar wetland is spread over 1365 ha area at Ropar.  Further, she informed that, Harike Wetland, the largest wetland in northern India, in the Tarn Taran Sahib, stands on the confluence of the rivers Beas and Sutlej in Punjab is a haven for birdwatchers.  Harike Wetland and Bird Sanctuary is home to migratory birds visiting from as far as Arctic and Siberia. The wigeon, common teal, pintail, shoveller and brahminy ducks are commonly seen during the winter. Further, she added that  a drastic fall of around 32,000 birds has been observed over the last year and attributed this decline to climate change.

At this occasion, plantation was done and fish fingerlings comprising rohu, catla mrigal and carp varieties were also released at Kanjli wetland and Science City water body by the participating students. 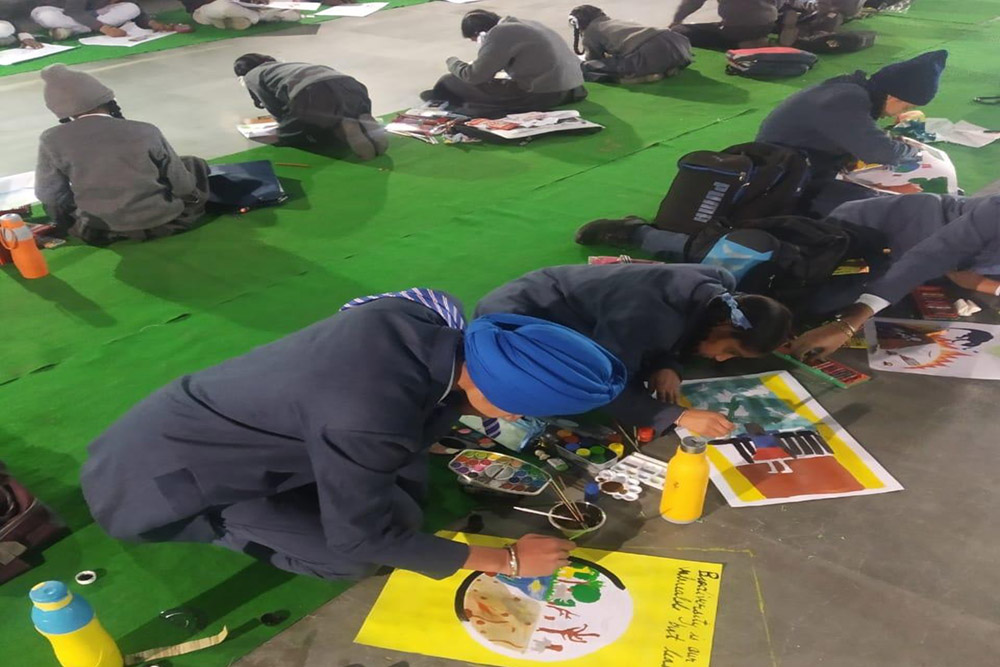 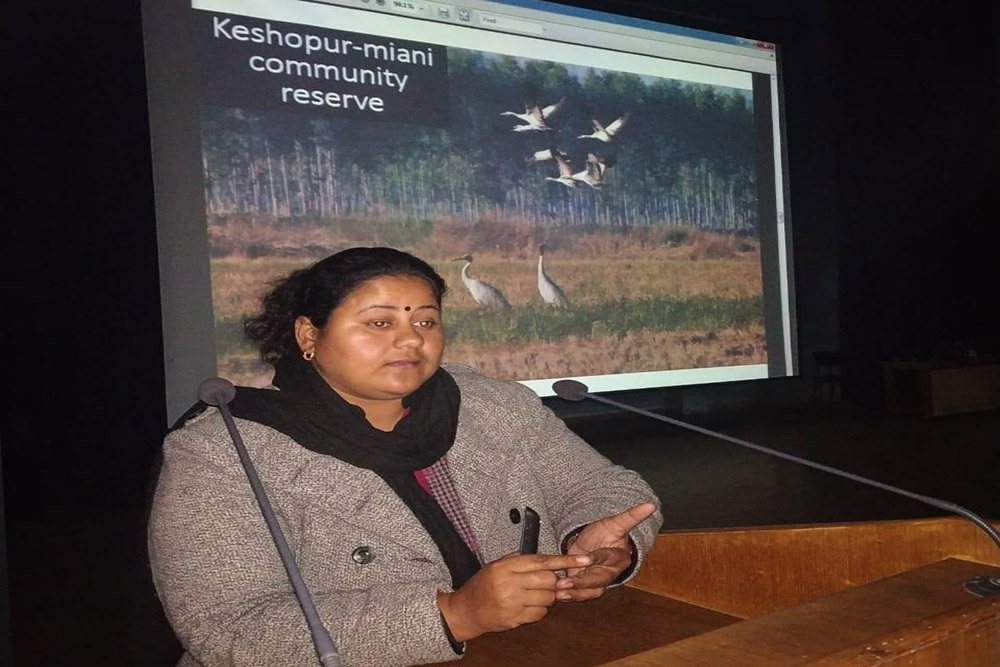 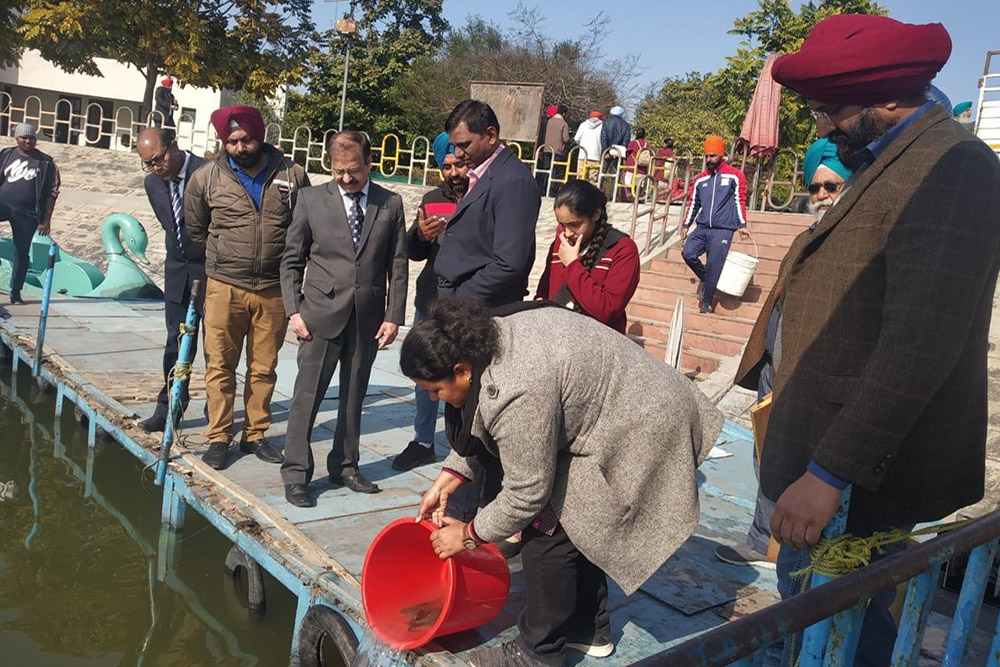 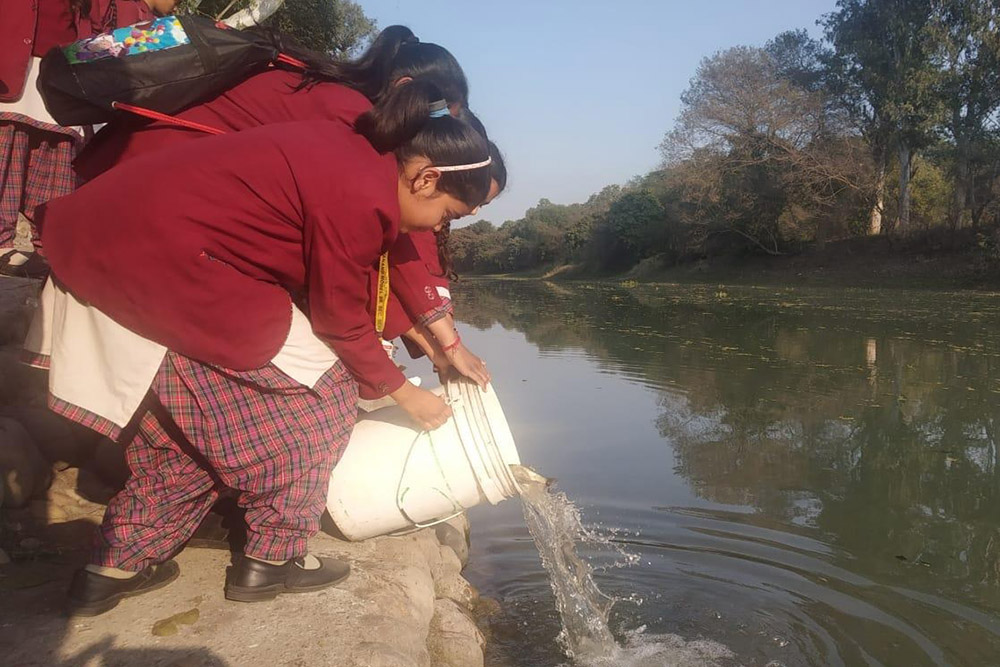 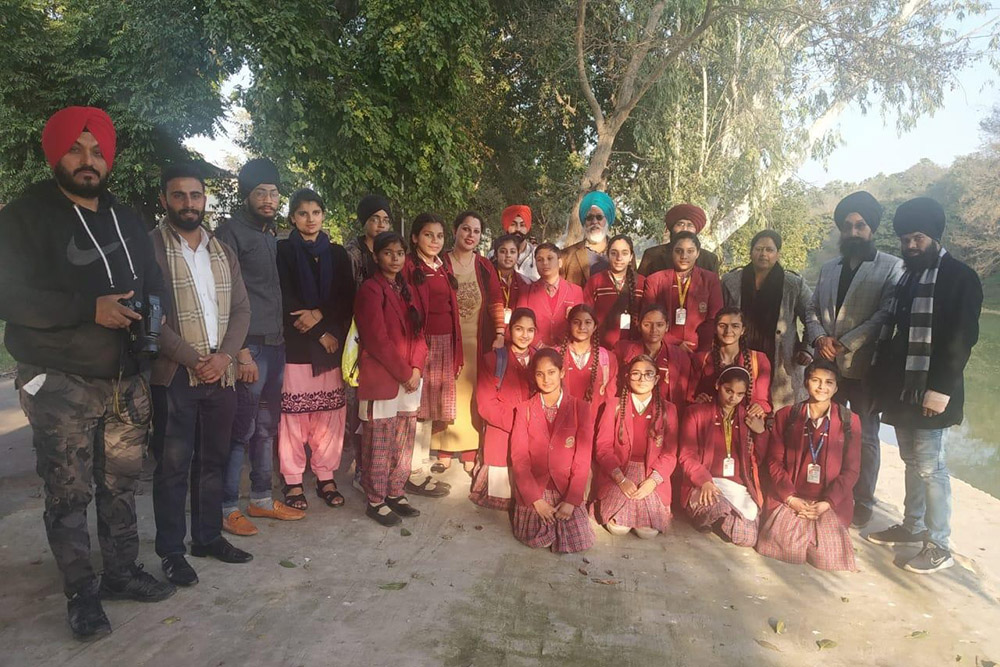